CASC on site in Hull for Hornsea 2

Last week our internal project team travelled to the port of Hull, where one of our site teams are working on the demobilisation of the site used to mobilise Hornsea 2, which is located around 55 miles from the shore in the North Sea.  At over 1.3 GW, Hornsea 2 has overtaken Hornsea 1 as the world’s biggest offshore wind farm, and CASC were responsible for the site preparations for the mobilisation of 165 Siemens Gamesa turbines, the last of which was mobilised in late 2021, with the site due to begin producing power in Q2 of 2022.  CASC were also involved with the Hornsea 1 project, and together, both sites will produce enough power for over 2.3 million homes.

The weather was on our side (well apart from the temperature!) and we got a taste of site life against the beautiful backdrop of an east coast sunset, which only added to the impressiveness of the operation.  Located on the same site as the new Siemens Gamesa blade factory, the sheer scale and volume of blades gave some indication as to the size of the components involved in offshore wind farms, along with the operational side of the day-to-day operations on site with plenty of activity with lots of people, plant and equipment demobilising the frames and preparing for the next project.

The photos give some indication of the scale, but believe me – it has to be seen to be truly appreciated! 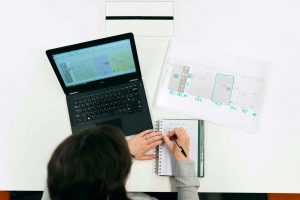 Intern Europe Scheme – it’s been a pleasure hosting! CASC were delighted to host students visiting NI as part of the Intern Europe scheme, which

Project Install! Well, what a whirlwind 2022 has been so far at #TeamCASC (and its nothing to do with Dudley, Eunice or Franklin!)!   Our